Hairstyles Through the Decades 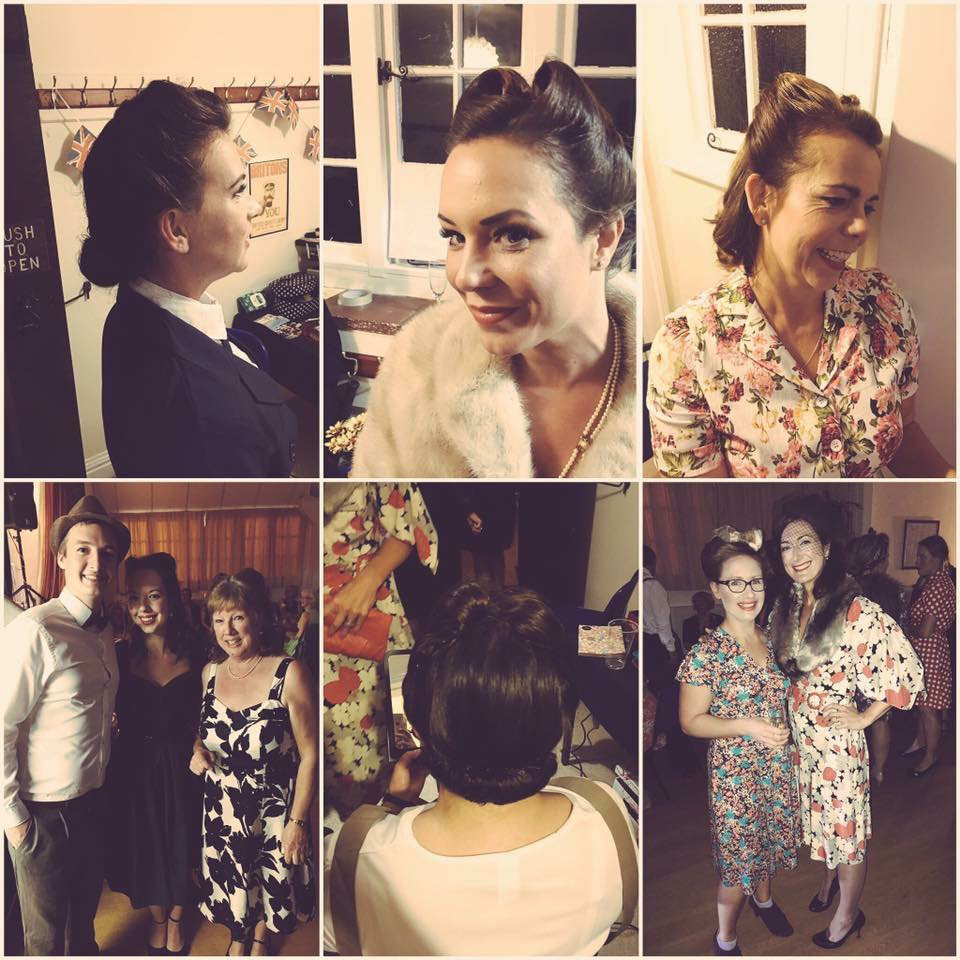 Hairstyles have changed greatly over the years, particularly when you take the 20th Century as a whole.

The 1920s heralded the first short haircuts for women. As skirts got shorter, so did hair. What also epitomised 20s hairstyles were elaborate and expensive jewelled head pieces.

Many famous faces at the time sported the new, shorter look. Louise Brooks, the silent film star, is one of the best-known examples. Her razor-sharp bob drew attention to her amazing cheek bones and eyes. Then there was Josephine Baker and her Eton crop, again a cut that made the most of her beautiful features.

Moving forward, hairstyles in the 1940s were meant to be practical and easy to do. This was to do with the war effort and the increasing number of women working in factories. One of the most famous 40s styles (and a favourite of mine) is Victory Rolls. The look is characterised by voluminous rolls of hair that frame the face. It is often associated with pin-ups of the time. It’s a great look if you’re having a vintage-themed wedding.

The 1950s saw the start of old Hollywood glamour styles like that of the unforgettable, Marilyn Monroe. Other key trends of the time included pin curls, waves, ponytails and the iconic Bettie Page bangs. Bettie Page continues to be my ultimate inspiration, and often referred to as the “Queen of Pinups”, her jet black hair, blue eyes, and trademark bangs have influenced artists for generations.
The bob regained popularity in the 1960s, thanks to Vidal Sassoon. The 60s also featured the beehive, long hair piled up in a conical shape on top of the head.

Hairstyles in the 70s tended to be more relaxed and looser than previous decades. Thanks to social movements in the United States, afros became popular as black women rejected the straightening treatments their mothers had gone for in an attempt to play down their ethnicity. Flicks and fringes also gained popularity – think Farrah Fawcett as the embodiment of that look.

In the 1980s, perms were popular. And who can forget the mullet – short at the sides and long at the back, favoured by men and women alike? Volume was all when it came to 80s hair.

Ask anyone about hairstyles in the 90s and chances are they will mention the Rachel cut. Jennifer Aniston’s Friends’ character inspired women all over the world. Characterised by tiered layers and razor texturing, the A-lister said that it was a very hard hairstyle to maintain.

Moving into the noughties and anything goes! The last 17 years have seen some amazing hairstyles – from people deliberating colouring their hair grey, to revisits of the hairstyles of all past decades. The most important element of the modern hairstyle is that it suits you – it takes account of your face shape, hair type and lifestyle.

And that’s the way it should be!

I specialise in vintage hair styles for weddings and special events. To find out more, call me on 07967 167312 or email: verybettiebeauty@gmail.com

The Rise and Rise of the Vintage-Styled Wedding
January 20, 2017

It’s beginning to look a lot like (office) cocktails!
November 30, 2016
Go to Top
Book Now
We use cookies on our website to give you the most relevant experience by remembering your preferences and repeat visits. By clicking “Accept All”, you consent to the use of ALL the cookies. However, you may visit "Cookie Settings" to provide a controlled consent.
Cookie SettingsAccept All
Manage consent

This website uses cookies to improve your experience while you navigate through the website. Out of these, the cookies that are categorized as necessary are stored on your browser as they are essential for the working of basic functionalities of the website. We also use third-party cookies that help us analyze and understand how you use this website. These cookies will be stored in your browser only with your consent. You also have the option to opt-out of these cookies. But opting out of some of these cookies may affect your browsing experience.
Necessary Always Enabled
Necessary cookies are absolutely essential for the website to function properly. These cookies ensure basic functionalities and security features of the website, anonymously.
Functional
Functional cookies help to perform certain functionalities like sharing the content of the website on social media platforms, collect feedbacks, and other third-party features.
Performance
Performance cookies are used to understand and analyze the key performance indexes of the website which helps in delivering a better user experience for the visitors.
Analytics
Analytical cookies are used to understand how visitors interact with the website. These cookies help provide information on metrics the number of visitors, bounce rate, traffic source, etc.
Advertisement
Advertisement cookies are used to provide visitors with relevant ads and marketing campaigns. These cookies track visitors across websites and collect information to provide customized ads.
Others
Other uncategorized cookies are those that are being analyzed and have not been classified into a category as yet.
SAVE & ACCEPT
Scroll Up